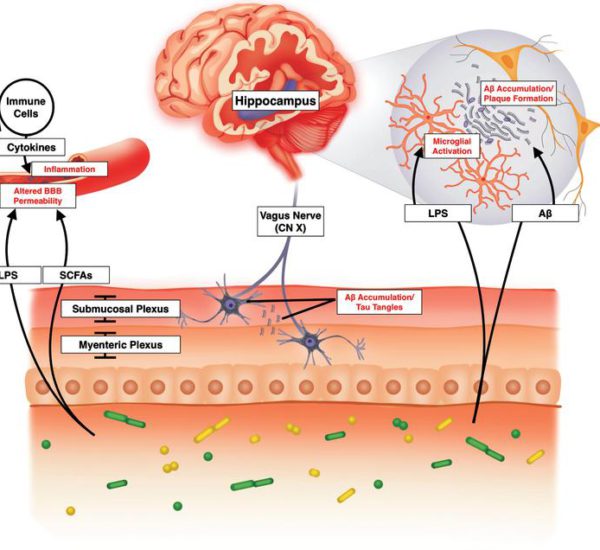 There is likely no other area of medical research with more potential for reducing the suffering of chronic disease than the billions of tiny passengers inside our guts.

There is increasing evidence showing that the dynamic changes in the gut microbiota can alter brain physiology and behavior. Cognition was originally thought to be regulated only by the central nervous system. However, it is now clear that the gut-resident bacteria of the gastrointestinal tract, regulate and influence cognitive dysfunction as well as the process of neurodegeneration and cerebrovascular diseases.

Controllable factors such as diet can have a massive effect on the composition of the microbiota for good or ill. Microbes release molecules that trigger inflammation throughout the central nervous system.

The most critical mechanisms of action in the development of downstream neurological dysfunction include:

The following table illustrates the results of recent rodent studies and the effects of the presence or absence of strains of bacteria in the gut.

The goal of the FEDMI Microbiome Optimization Initiative is to extend this research by promoting the collection and analysis of:

Once this data is available it can be used to determine the optimal ratios of various strains of bacteria to alleviate specific diseases.

At this time, the focus will be directed at quantifying the effectiveness of various techniques of adjusting the ratio of various species including: