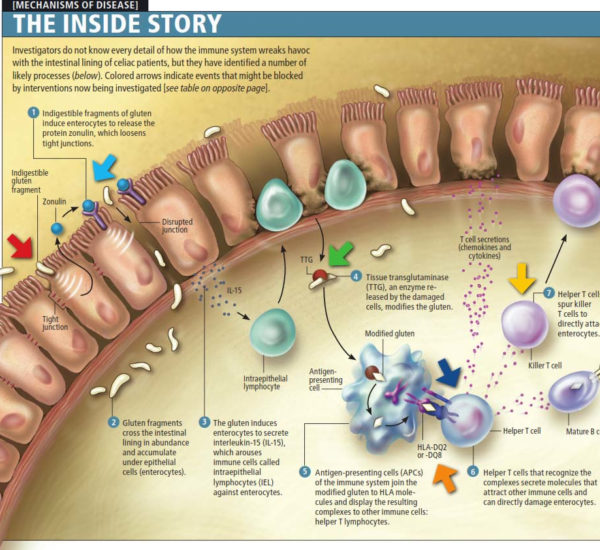 These analyses suggest that this individual’s depression may be a manifestation of cytokine-induced interference with the conversion of tryptophan to melatonin and serotonin in conjunction with increased glutamate receptor activation.

Recent studies have focused on the role of immune dysfunction in depression. and analogies to “cytokine-induced sickness behavior”.

Sickness Behavior – Behaviors that develop during the course of an infection such as lethargy, depression, sleep disturbances, and social withdrawal. These are generally evolutionarily helpful to enhances recovery by conserving energy.

This 39-year-old male presented for the treatment of treatment-resistant unipolar major depression without psychotic symptoms. Additional comorbid symptoms include:

Analysis of regular self-reported pain and mood measurements by the patient reveals a strong correlation between inflammatory pain and severity of depressive symptoms. This is consistent with the hypothesis that elevated inflammatory cytokine levels may be initiating the shunt of tryptophan away from intracranial serotonin production as depicted in Figure 1. Tryptophan shunt away from serotonin/melatonin production to neurotoxic quinolinic acid.

Sleep quality was calculated based on the amount of movement during sleep as measured by a Fitbit accelerometer. Melatonin is the main hormone involved in the control of the sleep-wake cycle.  Cytokine-induced depletion of serotonin and melatonin (Figure 1) is further supported by a strong correlation between the patient’s sleep quality and mood the preceding day.

Acne, social anxiety, and inflammatory back pain were completely alleviated following the removal of gluten from the subject’s diet at age 35.  Several attempts at the reintroduction of gluten result in the recurrence of acne, social anxiety, and inflammatory pain within 2 days and gradually subside over the following 2 weeks after the last gluten exposure.

It has been shown that gluten can trigger the release of the protein zonulin. Zonulin then loosens the tight junctions in the intestinal wall. This allows toxins to enter the bloodstream triggering an immune response. This leads to the elevation of the cytokines which interfere with the conversion of tryptophan to serotonin and melatonin.

Intake of the probiotic Bacillus coagulans (Probiotics Plus) is predictive of elevated overall mood. It has been shown in mouse models that Bacillus coagulans combined with a prebiotic can reduce intestinal permeability and associated inflammatory reactions.

N-methyl-D-aspartate receptors (NMDAR) overactivation is linked to neurodegeneration. The current prevailing theory suggests that synaptic and extrasynaptic NMDAR (syn- and ex-NMDAR) impose counteracting effects on cell fate, and neuronal cell death is mainly mediated by the activation of ex-NMDAR.

N-methyl-D-aspartate receptors (NMDARs) mediate excitatory neural transmission. In addition to their physiological functions, mounting evidence has suggested their involvement in excitotoxicity. Cell death triggered by seizure or ischemic stroke is attributed to NMDAR overactivation.1, 2 Abnormal NMDAR activity is also associated with neurodegenerative disorders, such as Alzheimer’s, Huntington’s, and Parkinson’s disease.3 Thus, it is concluded that, while appropriate NMDAR activation is essential for neuronal survival and physiological functions, excessive activation contributes to pathological changes including cell death.4

The most plausible mechanism of action is related to inflammatory cytokine-induced NMDA ecotoxicity. Inflammation has been widely observed to significantly increase with aging. This suggests that the severity of the patient’s depression and suicidal ideation may only increase without intervention such as the NMDA-receptor antagonist Spravato to address the potential mechanism of action.

Mild.  Diagnosis based on psychometric evaluation at https://psychcentral.com/quizzes/autism-test/

Based upon your responses to this autism screening measure, it appears that you are likely suffering from an autism spectrum disorder or Asperger’s disorder. People who score similarly often qualify for a diagnosis of autism or Asperger’s.

People with an autism spectrum disorder often suffer from severe and sustained impairment in social interaction and the development of restricted, repetitive patterns of behavior, interests, and activities. The disturbance must cause clinically significant impairment in social, occupational, or other important areas of functioning.

If you have your DNA sequenced, here’s a good free site for analyzing it: https://codegen.eu

The MTHFR gene codes for an enzyme called methylenetetrahydrofolate reductase. This enzyme is critical for many different functions, including folate metabolism [18, 29], breaking down homocysteine [18], and making epigenetic changes to DNA through methylation [93]. Several common mutations in MTHFR have been associated with an increased risk of depression and other health problems [18, 93, 94, 95]. Carriers of certain SNP variants in the MTHFR gene have reduced activity of methylenetetrahydrofolate reductase [96, 97, 18, 98, 99]. This can result in folate deficiencies, elevated homocysteine levels, and reduced levels of important neurotransmitters — each of which can worsen mood [18, 100, 101, 102].

This patient possesses the C677T homozygous A/A genotype mutation for the rs1801133 SNP marker of the MTHFR gene. This mutation (the A allele) is associated with reduced enzyme activity, elevated total homocysteine levels and altered distribution of folate [1]. People with an “AA” allele for this mutation present a 70% decrease of the normal enzyme activity [5].

Low levels of active folate or vitamin B12 can therefore lead to elevated blood homocysteine levels (a condition known as hyperhomocysteinemia) [110] . High levels of homocysteine are linked to a wide variety of health problems, including depressive moods [18, 107, 111]. Elevated homocysteine may contribute to mood problems by interfering with the production of important neurotransmitters, such as dopamine, norepinephrine, and serotonin [110, 18, 95].

This patient possesses the normal T/T genotype for the rs1801131 SNP marker of the MTHFR gene. Thus, he does not possess the A1298C mutation.  This mutation also impacts the MTFHR activity and the homocysteine levels but to a lesser extent than C677T [1]. 7% to 12% in North America, Australia and Europe have the 23andme MTHFR A1298C mutation.

Variation in the cannabinoid receptor type 1 (CNR1) gene may also contribute to risk for PTSD, with the minor (A) allele of rs1049353 associated with an increased likelihood of PTSD.6 Additionally, rs1049353 has been found to interact with childhood physical abuse (CPA), one type of trauma that might impact the endocannabinoid system, to predict anhedonia.7

The T allele reduced the development of depression when exposed to stressful life events, whereas those with the C allele experienced less pleasure in life (anhedonia) (R).

The SNP rs324420 is part of the “bliss” gene FAAH, which is involved in breaking down anandamide (the main natural cannabinoid in the brain). Your genotype (‘AC’; heterozygous) is associated with increased activity of this gene, suggesting that you have an elevated risk of low mood [11]. Having higher FAAH gene activity means that cannabinoids — your natural “bliss molecules” — are broken down more quickly, reducing the overall activity of your brain’s endocannabinoid system. Because this system plays a key role in counteracting the stress response and creating positive moods, carriers of risk alleles in these genes are more likely to experience mood problems [74]. Therefore, you may be able to counteract your risk by inhibiting the FAAH gene, as well as by increasing the activity of your cannabinoid system in general.

Cannabidiol (also known as CBD) is a great option for doing both of these. CBD reduces activity of the FAAH gene, which means that your brain’s natural cannabinoids will stick around longer, and will be more effective in enhancing your mood and feelings of bliss [75]. CBD also stimulates the production of cannabinoid (CB1) receptors, which will provide additional benefits to your mood [76]. Another effective way to counteract elevated FAAH gene activity is to increase your brain’s levels of important cannabinoids, such as anandamide. Therefore, it would be a good idea to engage in regular exercise, which has been shown to improve mood by stimulating the release of anandamide throughout the brain [77].

Suggestions based on SelfDecoded DNA analysis:

Severe depression is associated with increased microglial quinolinic acid in subregions of the anterior cingulate gyrus: Evidence for an immune-modulated glutamatergic neurotransmission?